When you visit a finer vape shop like Cloud City, you’re going to see a wide variety of different vaping products. You’ll see pod systems, vape mods, vape pens and more. Most of all, though, you’ll see disposable vapes because they’re easily the most popular vaping products on the market today.

So, does the fact that disposable vapes are incredibly popular mean that you should definitely buy one if you’re new to vaping and are looking for your first device? Not necessarily. For many people, refillable vaping devices are actually better. There are plenty of good reasons why disposable vapes are as popular as they are, though, and they’re probably perfect for you if you fit one of four specific archetypes.

These are the four types of people who should buy disposable vapes.

Disposable vapes are absolutely perfect for people who only smoke cigarettes occasionally. If you’re the type of person who can’t resist lighting up when you go to the bar or club during the weekend but never smoke during the rest of the week, you aren’t really addicted to nicotine in the traditional sense. If you were truly addicted to nicotine, you’d need to smoke every day. Nevertheless, the need to light up in social situations is an addiction in its own right, and it’s a form of nicotine addiction that’s easily replaced by vaping.

If you only smoke on weekends, you can easily use a single disposable vape for months before replacing it. It’s a far cry from using a refillable device, which you’ll pick up on Friday night only to find that the battery needs to be charged and the tank is empty. A disposable vape is always ready to use – even if it’s been on the shelf for most of the week. That’s perfect if you’re only an occasional nicotine user.

What if you’re the exact opposite of a social smoker? If you’re the type of person who smokes constantly and can rarely be found without a cigarette in your hand, disposable vapes are actually perfect for your situation as well because of the massive amount of nicotine they can contain.

If you’re an extremely heavy nicotine user, you might not have a particularly good experience with a refillable vaping device – especially a sub-ohm vape mod – because of the amount of e-liquid you’ll end up using. Vape mods can often produce extremely large vapor clouds – and when you use a device that produces large clouds, you need to fill your tank with a low-nicotine e-liquid. That’s fine for people who have moderate nicotine needs and enjoy playing with their own personal fog machines. If you’re a very heavy nicotine user, though, you’ll find that the cost of using a vape mod can be enormous because you’ll need to buy vape juice and replacement coils constantly. Another problem with using a low-nicotine e-liquid is that you won’t feel a cigarette-like throat hit when vaping. That might be a problem for you if you’re a heavy smoker; you may not feel satisfied enough to stick with vaping and quit smoking completely.

A disposable vape, on the other hand, typically produces small vapor clouds but has an e-liquid with a very high nicotine strength. You’ll get much more nicotine per puff than you would with most refillable devices, and you’ll feel a strong throat hit that’s very reminiscent of smoking a cigarette. With a disposable vape, you’ll feel more satisfied while using less e-liquid, and that’s perfect for people with very high nicotine requirements.

One of the greatest things about vaping is that e-liquid has the ability to taste like almost anything you can possibly imagine because vape juice makers use the same flavoring compounds used by companies in the candy, snack and beverage industries. Cigarette smoke, on the other hand, can never taste like anything other than smoke. When you try vaping for the first time and experience the magic of nicotine satisfaction without the harshness of smoke, you’ll probably never crave another cigarette again.

When some people discover that they can get their nicotine without the disgusting flavor and smell of cigarette smoke, they go a little overboard for a while because they want to experience as many of the delicious e-liquid flavors as they possibly can. They want to taste everything that’s out there, and they want to taste all of it at once. When you’re experimenting with bottled e-liquids, cost can be a bit of a limiting factor because you’re typically spending at least $15-20 per bottle. E-liquid bottles are also sometimes fairly large. Buying a bottle of vape juice means that you’re committing to use that flavor for at least a few days unless you’re not concerned about waste.

Using disposable vapes, on the other hand, is a great way to experiment with many different e-liquid flavors without spending a lot of money and without committing to a single flavor for long. A small device typically only lasts for around a day or two, so by the time you’re starting to get tired of a certain flavor, it’ll probably be time to replace the device anyway. It’s a perfect situation for someone who wants to experience everything that’s out there.

The last type of person who should buy disposable vapes is anyone who hates gadgets and doesn’t enjoy configuring and maintaining them. Do you hate running system updates on your phone because you only use the thing for voice calls and don’t care about any of the new features? Do you want to pound the walls when you buy a new home appliance, and it wants you to enter your Wi-Fi password so it can connect to the Internet? If you hate gadgets and all of the work associated with owning them, you’ll probably love disposable vapes because using them requires no work at all. You just remove the device from the package and puff, and when it stops working, you replace it. It’s the only form of vaping that’s as simple as smoking, and that might be the biggest reason why disposable vape are as popular as they are. 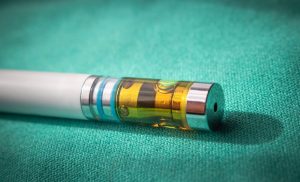 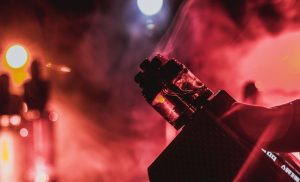 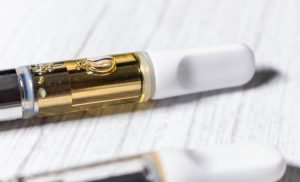 September 7, 2021
0
How to Use Vape Batteries Safely
How to Choose the Best 510 Cartridge for Oil Vaping